What is camu camu? 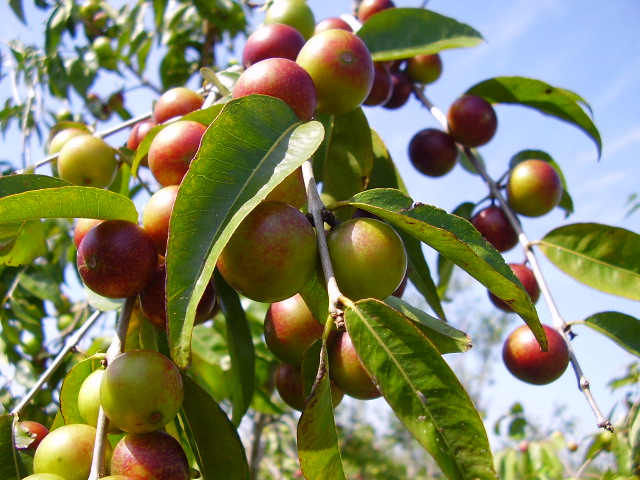 Camu camu is a shrub found in flooded areas of the Amazon. It is a lemon sized fruit that comes in an orange to light purple color. The camu camu berry is officially the top source of vitamin C, by a large margin. The superfood has hit the market only recently, due to its difficulty to obtain. It has replaced the previous contender, the acai berry, as the up and coming superfood.  It really only grows in flooded regions in South America, along the Amazon river. But due to this, the abundance of nutrients in the camu camu berry is unparalleled.

Take a look at the amazing health benefits of camu camu here and check out our favorite three camu camu powder brands to give it a try.

The main selling point of this superfood is the vitamin C content. Vitamin C is not produced by the body and has to be ingested through external means. It contains 60 times more vitamin C than an orange. The camu camu berry is around 20% vitamin C by weight. In other words, there is simply no need for vitamin C supplementation ever again, as no artificially produced form could rival the natural levels found in the fruit. Natural forms of vitamin C such as the camu camu also contain co factors which increase the absorbability of the vitamin.

Not only does half a teaspoon of the camu camu contain more than 1180% of the recommended daily intake of vitamin C, but the vitamin C itself is more bioavailable than what could be obtained in tablet form. It is a superior, natural form of vitamin C as opposed to supplementation. Vitamin C is the master anti-oxidant, and regular consumers of the camu camu berry report a decrease in nose and gum bleeding, sore throats, viruses, colds, flus and other types of illnesses.

Vitamin C is not the only selling point of this wonder fruit. It contains essential amino acids which can only be obtained from food as they are not produced by the body. Three essential amino acids contained in the camu camu berry include Valine (important for cognitive function), Leucine (important for muscle growth and the production of growth hormones) and Serine (important for digestion).  It features two acids which act as antioxidants, gallic acid and ellagic acid. Ellagic acid may even have anti-cancer properties. The camu camu berry is effective against all kinds of the herpes virus, including Epstein-Barr and mononucleosis.

Camu camu – good for your brain

The camu camu berry is also beneficial for an increase of emotional wellbeing. It provides nutritional support for the brain which results in more positive neurotransmitters being released, such as serotonin. This may again be linked back to the high vitamin C content. There are no known side effects for taking camu camu powder, however it is not to be used for patients undertaking chemotherapy. The camu camu berry also contains minerals, phytochemicals and flavonoids.

The known and proven effects of the camu camu are that it boosts the immune system, improves liver health, improves gum and heart health and possibly even slows the aging process. Camu camu can also be considered an anti-inflammatory agent effective for many inflammatory issues.

There are many camu camu health benefits, and it is argued to be the number one superfood for many reasons.